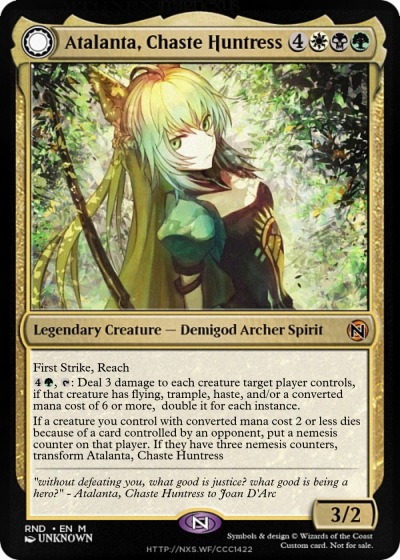 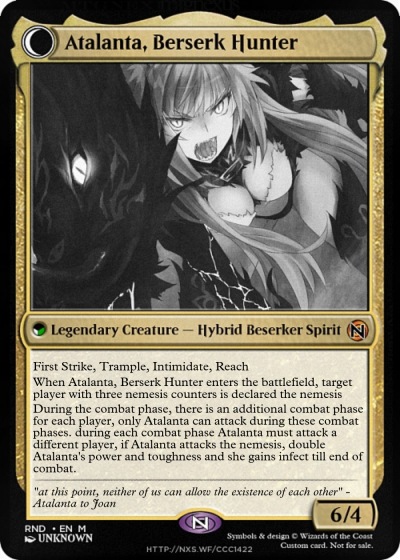 {4}{G}, {T}: Deal 3 damage to each creature target player controls, if that creature has flying, trample, haste, and/or a converted mana cost of 6 or more, double it for each instance.

If a creature you control with converted mana cost 2 or less dies because of a card controlled by an opponent, put a nemesis counter on that player. If they have three nemesis counters, transform Atalanta, Chaste Huntress

"without defeating you, what good is justice? what good is being a hero?" - Atalanta, Chaste Huntress to Joan D'Arc

During the combat phase, there is an additional combat phase for each player, only Atalanta can attack during these combat phases. during each combat phase Atalanta must attack a different player, if Atalanta attacks the nemesis, double Atalanta's power and toughness and she gains infect till end of combat.

"at this point, neither of us can allow the existence of each other" - Atalanta to Joan