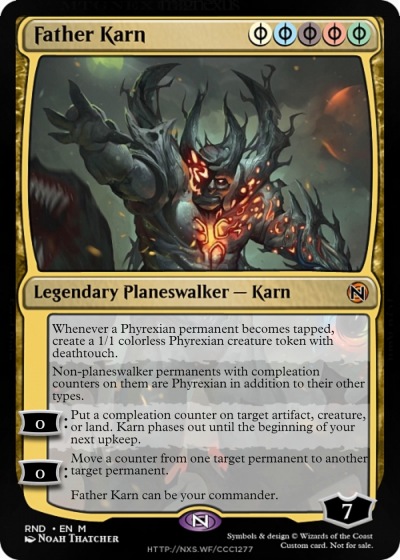 : Non-planeswalker permanents with compleation counters on them are Phyrexian in addition to their other types.

0: Put a compleation counter on target artifact, creature, or land. Karn phases out until the beginning of your next upkeep.

Father Karn can be your commander.