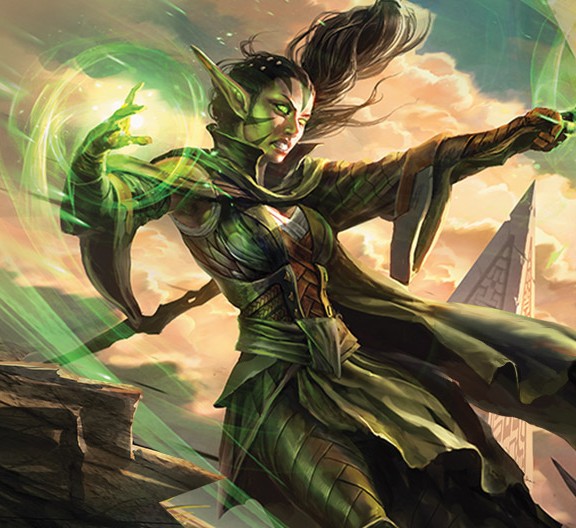 Nissa, Voice of Zendikar, taken from magicthegathering.com, by Raymond Swanland and Wizards of the Coast
Welcome to the Card Creation League! Everyone is free to participate in either or both of the first two rounds. Come join us!

It's Classic Zendikar month in the CCL - a new Zendikar set will be released much later this year, which most everyone is excited for but which we know nothing (save for the name Zendikar Rising) about yet. So this month will be about the already established history and lore of Zendikar.

Challenge
Design each of the following:
A card with a landfall ability
A card with kicker or multikicker
An enchantment that uses quest counters
A Nahiri, Sorin, or Ugin planeswalker
A Jace, Nissa, or Nixilis planeswalker
Clarifications
Show
Contestants:
@Henlock
@jamblock

Your submissions are tentatively due Saturday, March 7th, 23:59 EST.
Schedule
Expand Signature
Everything is here, that never was.

Kazuul Seer 2RR
Creature - Ogre Shaman (R)
First strike
Landfall — Whenever a land enters the battlefield under your control, exile the top card of your library. You may play it until the end of your next turn.
4/3

Ugin, World-Builder 7
Legendary Planeswalker - Ugin (M)
[+2] Return up to one target colorless card from your graveyard to your hand, then draw a card.
[-2] Create a token that's a copy of target land you control.
[-9] You get an emblem with "Whenever a player casts a spell, draw two cards, then you may put up to two permanent cards from your hand onto the battlefield."
{5}

Jace, Traveling Mage 3U
Legendary Planeswalker - Jace (M)
Reveal the first card you draw each turn. Whenever you reveal a land card this way, draw a card. Whenever you reveal a nonland card this way, put a loyalty counter on Jace, Traveling Mage.
[-1] Return up to one target creature you control and up to one target creature you don't control to their owner's hands.
[-5] Scry X, where X is the number of lands you control, then draw four cards.
{3}

Field Training 1rw
Enchantment (u)
Landfall- Whenever a land enters the battlefield under your control, target creature you control gains double strike until end of turn.

Nahiri, Stone Dancer 2rw
Legendary Planeswalker - Nahiri (m)
+1: Create an artifact Equipment token named Stone Gauntlets with "Equipped creature gets +2/+0" and Equip and attach it to a creature you control.
-2: Nonbasic lands are mountains until the beginning of your next upkeep.
-6: You get an Emblem with "Creatures your opponents control have no abilities and have base power and toughness 0/4"
//4

That's it for the round, of course! Poll is about to go up.
Expand Signature
Everything is here, that never was.
Locked Previous topicNext topic
4 posts • Page 1 of 1