On Hand Vacuum Cleaner Shark Apex UpLight Lift-away DuoClean LZ601: What Else Do I Not Like?

Although I've used many versions of Shark household vacuums, the Shark Apex UpLight Lift-away Duoclean and Shark Apex UpRight series are the two segments I like the most.

I mentioned my favorite machine Shark apex uplight vacuum - LZ601 in a previous post and today I will show some things this machine should improve to be even better.

The first thing that catches my eye when buying this vacuum cleaner is a very small dust box. I do understand the Shark Apex Uplight LZ601 is a hybrid vacuum cleaner between an upright vacuum cleaner and a straight stick vacuum cleaner, so it does not require its dust box to be as big as the UpRight series. Objectively speaking, this dust box is still small. Shark Uplight's dust box has a capacity of only 0.68 liters. Even Shark's other slim vacuum cleaner, the Shark Pro-Pet, has a dust box up to 2.8 liters, which shows that my small assessment is completely grounded.

The small capacity of the dust container leads to inconvenience when cleaning, you will have to empty the dust more often. If you are cleaning in tight areas, this restriction will be extremely uncomfortable. In addition to the element of the small dust box, the Shark apex uplight duoclean also has a rather weak suction power. Comparing with the Lift-away series, specifically the Shark Apex Lift-away NV752 vacuum cleaner, I clearly saw the difference in cleaning ability. The way debris from dried fruit and paper is sprinkled on the carpet, on the side of the road that connects to the wall and works for 2 machines. In just a short time, Shark NV752 has completely sucked up the dirt, while Shark UpLight LZ601 still leaves some small debris.

3. Lightweight but not lighter

Considering the design factor, this slim cane stands although very fashionable and compact in storage, has a limitation. This lightweight stand doesn't make handling the machine lighter. On the contrary, I have to use more wrist force to affect the machine if I want to move to another area. A smooth, low-friction floor will be easier for the machine to walk than a carpet. I'm not saying it is bad but honestly, Shark can make it better than this. The Shark Apex UpLight Corded Lift-away does not come with a button or any features to adjust the suction. This means, the machine only uses a single suction power for both smooth floors and carpets. I hope the company will take this into account to reduce the inconvenience if the suction nozzle is accidentally too strong on the carpet and cannot be removed, reducing the suction force for a while will make it easier to remove. In addition, the single-suction power when combined with the vacuum cleaner brush head can lead to scratches on the floor or dragging the curtain into the dust collector (due to the inability to adjust the suction).

Overall, I really like what the Shark apex uplight Lift-away Duoclean has shown in cleaning the house. However, the machine still has some disadvantages that if it can be improved, this will be a must-have machine for every family.
Last edited by khaldrogo 2 months ago, edited 2 times in total. 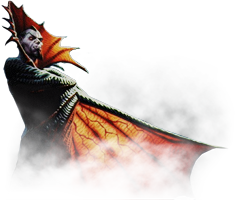 khaldrogo wrote: ↑
1 year ago
Are there in depth explanations for the "Dual Land Color Ratios" Tool? I would like to know how the values are calculated, since I mtg math stuff interests me.

So the initial ratios are fairly straightforward.

Let's suppose you have the following deck:

This gives us a starting ratio of 50% Black and 50% Red. This is where most of us figure it up in our heads across more complex decks, and try to stick to that ratio and guesstimate at how many dual lands we need.

However, it is extremely important to note that the ratio here is only a starting point. This calculates the overall ratio, but it doesn't consider density or complexity, which are vitally important. Running a bunch of Lightning Bolts is more demanding than a bunch of Frenetic Raptors because of the density. Likewise, running 4 Ball Lightning requires much more devotion to red mana than, say, 12 Lightning Bolt. Both have the same number of red symbols in total, as well as the same 100% density, but that ball lightning deck will require a lot more red sources for it to play efficiently because of the complexity.

Next is mana complexity. This is tackling the Lightning Blast vs Ball Lightning conundrum directly. The more colored ratio in a specific cost, the more complex it becomes, and thus the more pressure it adds to run its colors. The idea and problem it creates is straightforward, but answering it is not.

Mana complexity is where we start getting into the murky math — the math where there isn't an obvious way of figuring it up. We have to create the math problem to give us the ratios we are looking for. This is where the math fanatic in me ran through numerous iterations of problems before settling on something that worked beautifully.

No mana cost is as complex as it could be: even B.F.M. (Big Furry Monster) could have a few more black mana symbols tacked on. No matter how harsh of a colored cost you create, it could always be worse. In the same vein, no mana cost is as non-complex as it could be. Dragonstorm might seem about as non-complex as you can get, but Curse of the Cabal is still less. Only cards with no colored symbols are truly 0% complex.

Thus we arrive at a scale from 0% to 100%, without ever being able to actually hit 0 or 100. And that is where the solution becomes clearer. The more complex, the closer to approaches, but never hits, 1 — the less complex, the closer it approaches, but never hits, 0. Our math problem is thus at least quadratic, if not cubic. Additionally, a card that has on colored mana symbol and no other (ie: Lightning Bolt) should be the baseline that everything is compared to, and be at exactly 0.5 — perfectly in the middle where every other cost is more or less complex than the most basic of colored costs.

After many iterations and testing, I found the perfect problem to be:

(Where "Count" is the number of colored mana symbols in the cost, and CMC is its total mana value / converted mana cost)


I can't convince you why this is the correct math problem beyond simply saying that it works, and it works perfectly. I tried many, many different ways of calculating complexity before arriving at this simple gem. Lightning Bolt is at 0.5 just like it should be, the less complex Incinerate is at 0.33, fairly non-complex Stone Rain is at 0.25, and slightly complex Chandra's Outrage is at 0.66. For extremes, we can compare the super non-complex Dragonstorm at 0.1 vs the crazier Ball Lightning at 0.9. Again and again, these numbers all lineup and just fall right where they feel natural.

Back to our cards: for each and every card, we calculate each of its colors' complexities. Shadowborn Apostle is at 0.5, while Dragon's Approach is at 0.25. And this is where that lovely symmetrical 50%/50% ratio changes to take into account we'll need more black sources for Shadowborn than we'll need red sources for Dragon's Approach. Our ratios become weighted based upon the density and complexity — especially the complexity.

The complexity here isn't all that different; there's nothing insane going on (like running Cryptic Command in a four-color deck). Thus, the complexity only changes the ratios a small bit. In this instance, we land right at 60% black and 40% red. That's our actual, weighted ratio for this deck. If we ran only basic lands, we'd want 12 Swamps and 8 Mountains / 60% & 40%.

Now, why does density matter since complexity already figures into it much more? Density affects our Colors Per Land, which tells us how many dual lands to run. In a deck running 20 Lightning Bolt and 20 Brainstorm, we're looking at needing exactly one color for every land we play. On turn two, we would have one land of each color and could thus play both cards. Either the land can cast Bolt, or it can cast Brainstorm, and we have an equal amount of each. Our basic land counts match our spell costs perfectly, and we would require less dual lands.

A less dense deck, like running 20 Doom Blade and 20 Memory Lapse, and we need fewer colors per land. On turn 4, if we just had one Swamp and one Island, with two of anything else, we could cast both of our spells. There's less pressure to play more of each color.

If we instead had a deck of 20 Fork and 20 Counterspell, then to be able to cast either of those spells on turn 2, we would have to have dual lands. The number of colors we need for each land drop exceeds one, thus our color pressure culminates into Dual Land pressure.

Thus, as the colors per land grow beyond 1, the need for more and more dual lands grows. This again translates into a 0-100 scale giving you the percentage of dual lands you need in your land base.

Our web app calculates the general minimum that a deck should run to safely have its colors. Decks are only limited by the availability of dual lands and potential nonbasic hate. Some formats don't have many usable dual lands, a lot of the good ones are outside of people's budgets, and some environments have too much nonbasic hate for you to just run all duals. Thus, your upper limit isn't controlled by your deck, but by what you have available, and what your meta allows. We only need to calculate the "minimum safe count" — the lower end of where the deck will still function decently. Run more if you can, but try not to go below the recommended count.
beaten, broken, and damned; lost and wayward. wherever I may be, you will have a home.