Guest-only Advertisement. Login or Register to hide this ad.

The Battle Factory 2.0 ☆ A Club Flamingo Game - Pairings and Restriction Sets Up!

Put your knowledge to the test!


I am once again extremely pleased to present this revival of the original Club Flamingo Game, the Battle Factory!

After eight years of absence, I will once again be the Factory Head of this game, working the behind-the-scenes machinery of the Factory. This time, we're changing the format up quite a bit, though the DNA of this game will be familiar to you. The main difference this time is that each pair of contestants will be designing to the same restrictions as each other. Read about it in the spoilers below.

Though the best minds of Club Flamingo worked hard to bring this game to you, and I have been working to refresh the format and bring it back, there might still be problems to solve. Please let me know if there are any questions I can answer for you.

This thread is for signups. Please read the rules below, post if you're interested, and wait for the first round to go up!

Signups will close on MIDNIGHT ET, SATURDAY THE 17TH. I reserve the right to close signups early if we get a good turnout.

Important note: I am planning to run this as a single-elimination tournament, as it was last time. However, I don't know how many people will sign up for this! Depending on the number of entrants, the exact tournament structure (not the core game structure) may change.

Each winner, and their three restrictions, will be paired against another winner. The process repeats from there, with the players selecting from the combined six restrictions they bring to the match.

The process repeats until there's only one designer left -- the champion of the Battle Factory 2.0!

Any points of confusion will be resolved by the Factory Head as needed.

Your initial set of six restrictions will include a mix three blanket restrictions and three single restrictions.
Rules in a Numbered List
Show
1. You and your opponent get the following set of restrictions: [A, B, C, D, E, F].
2. Let's say that you choose A, your opponent chooses F, and the Factory Head randomly selects D.
3. Each of you make three cards that collectively fit all restrictions in the selection {A, D, F}, to go up against each other in a public vote. Restrictions {B, C, E} remain unused.
4. Let's say you win. Your selection {A, D, F} will be combined with your new opponent's selection {G, H, I}.
5. The process repeats with the players and Factory Head selecting from the new set {A, D, F, G, H, I}.
FAQ
Show
Does it matter what restrictions I pick? It doesn't. You can pick any of the six in your matchup's set.

What if we don't have an even number of players? We will have a three-way battle. In the first round, the three players will pick one restriction each from the initial six. In subsequent rounds, the three players will each pick one restriction from a pool of nine. The Factory Head will not intervene unless needed to avoid a full repeat of a previous round.

When do we pick restrictions? After results from voting are up, the winners will be paired and asked to make their picks. After all players have picked, the Factory Head will create the next round.

Do I have to tell my opponent what restrictions I'm selecting? If you don't want to reveal your restriction selection in-thread, you can PM me your ranked top two selections. Once your opponent submits, publicly or not, I'll pick the highest ranked choice that your opponent didn't submit and we will go from there.
Finally, though I'm running this one solo, I will once again thank all of Club Flamingo members that made this game possible, with special thanks to avatarz for supplying the banner that I'm reusing.
Last edited by Megiddo 1 week ago, edited 2 times in total.
Expand Signature

ApocalypseChive
Posts: 39
Joined: 1 year ago
Pronoun: he / him
Has thanked: 27 times
Been thanked: 3 times

Lorn Asbord Schutta
Posts: 336
Joined: 6 months ago
Pronoun: he / him
Has thanked: 50 times
Been thanked: 36 times

Sounds fun to me!

Oh, yes.
Expand Signature
Psst, check the second page of Custom Card Contests & Games! Because of the daily contests, a lot of games fall down to there.

Sneasel is still the best, that hasn't changed.
Expand Signature 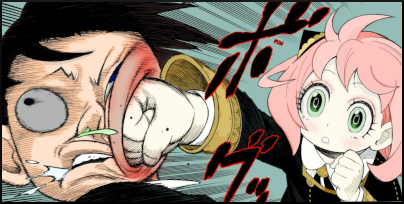 lookingupanddown
Posts: 327
Joined: 1 year ago
Pronoun: he / him
Has thanked: 10 times
Been thanked: 81 times

Legend
Lord of Ravnica
Posts: 437
Joined: 1 year ago
Pronoun: he / him
Location: Antiquity
Has thanked: 550 times
Been thanked: 59 times

KoolKoal
For Posterity
Posts: 15
Joined: 1 year ago
Pronoun: he / him
Has thanked: 13 times
Been thanked: 5 times

I will lose this game for old time's sake.

Put me in coach

talk to me about the Black Market format! Now ready for your Hogaaks

if we only get one more... that's a perfect 4-round bracket! We still have plenty of days to sign up, but if we get to 16 and stall for a day or two... I might just fire it off there.

Cythare
Say You'll Dismember Me
Posts: 151
Joined: 1 year ago
Pronoun: he / him
Location: Studying at the Judge Academy
Has thanked: 17 times
Been thanked: 43 times

I am in to ruin your perfect 4-round bracket
Expand Signature
Level 2 Judge circa 2016
Draft my cube! (630 cards)

Ok, signups really slowin down here... so I'll close it off tonight. If you wanted to play, sign up now!

I still need a bit of time to get ready, so we'll probably start Saturday morning.
Expand Signature

In the spoilers below you will find your restriction sets. Your job now is to indicate, either via post ITT or via PM to me, which restriction you would like to use from this set of six.

For the group of three, each of you will be picking one to make the total selection of three. For everybody else, I'll be randomly adding the third one in after both of you pick.

I'm not putting a deadline on it, but the sooner the better, and we'll fire the round as soon as everybody's picks are in. Good luck and have fun!

4. All cards can be played at instant speed.

lookingupanddown
Posts: 327
Joined: 1 year ago
Pronoun: he / him
Has thanked: 10 times
Been thanked: 81 times

6. All cards have activated abilities.

3. One card has madness