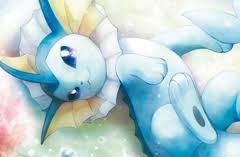 The deck concept is rather simple. Try not to die and then eventually control the board with planeswalkers. Ideally play walkers with Raff out before we untap so we get them out while holding protection.

Wrath count might be to high compared to counters, and maybe some more creatures? Advice greatly appreciated

trying not to die

Deck is fairly new! mostly built out of collection with exceptions being the new cards from the past innistrad block, the proliferate cards, will kenrith and the creature that doubles the number of counters.

I have yet to play with the deck properly, only tested with a few friends in a table that had had elfs and goblins, maybe thats why I ended up with so many freaking wipes. The idea is to not die, ATM the deck actually lacks a wincon, second sun is one I was thinkering with, but didn't have one with me and the store didnt have one either, so I'll also appreciate wincom ideas.

I've got a Raff deck and I think a lot of people come to the conclusion that Raff's ability doesn't synergise with Planeswalkers all that well (although, those with static abilities do work better).
You pay the cost of the planeswalker on the end step of your last opponent, but you don't get to activate it until your turn. Whilst this avoids it getting attacked, you're not getting the value out of the planeswalker's sorcery speed activation.

Some sort of artifact combo would be a more optimal build.

Here are some more ideas for you to peruse:
viewtopic.php?t=575
https://www.mtgsalvation.com/forums/the ... f-capashen

Neither of the above are mine, but they made me consider how I built mine and I found them to be a good resource and theorycrafting thread.

Honor-Worn Shaku
“Comboing in Commander is like dunking on a seven foot hoop.” – Dana Roach

Arebennian wrote: ↑
1 week ago
Some sort of artifact combo would be a more optimal build.

I guess most decks would have a more optimal if they focused on artifacts and combo builds but we chose to go different routes I guess, I chose this deck to be a planeswalker control deck. But thanks for the feedback, I'll maybe focus more on artifacts

does it work with planeswalkers/enchantments?? thats a really really good catch thanks!

I'll second the call re: lack of synergy between Raff and planeswalkers. If you're looking to build Azorius superfriends, I would suggest Brago, King Eternal or Medomai the Ageless as ways to double-dip on your planeswalker activations. Alternatively, Isperia, Supreme Judge or Ith, High Arcanist could be a good way to ward off attacks. Dragonlord Ojutai could also work if you're looking for something more generic.

does it work with planeswalkers/enchantments?? thats a really really good catch thanks!

Yes, as long as they're legendary.
“Comboing in Commander is like dunking on a seven foot hoop.” – Dana Roach

Great catch! It definitely went over my head, idea was a pillowfort for the walkers.


Idea of the deck is being able to protect the walkers once they are on the Field, being able to play teferi and then wrath is the goal for me, extra turns might be nice though not sure

I got a bunch of games today and focused on this particular deck! I'm keeping Raff Capashen, Ship's Mage as the commander. I did think about a switch to Medomai the Ageless but I don't necessarily love extra turns and I do like the play pattern. So thanks for the advice. I updated the deck in the OP, i also think the previous deck was all over the place with cards in the wrong section. I did it over the phone so I'll blame that.

I got together with some friends today and did a whole lot of trades and changed my deck between matches a bunch, didn't particularly keep a changelog but made some several changes.

I think the actual build is way more pillow fort oriented, cards like Baird, Steward of Argive Archon of Absolution and Sphere of Safety felt great. I did play against overly agressive decks so I don't know if I tuned to much to that side. one thing that I loved to play with was Rule of Law effects, I think the value planeswalkers bring to the table is too much when you are trading a spell for a spell.

I also revamped the ramp big time. During testing Astral Cornucopia always felt busted but I never got to bust it once during a game.

Early in the changes I took out both X instant spells, but since this deck does play at instant speed, having the mana sink felt good.

it does lack cards like Tormod's Crypt or Soul-Guide Lantern but it is because I just don't have any arround and nobody had a spare one to trade but the deck would greatly appreciate it I think.

Lastly I got one approach of the second sun but since I don't run spell tutors it never came to me at the right time, and I didnt feel like revamping everything to accomdate it
Post Reply Previous topicNext topic
9 posts • Page 1 of 1