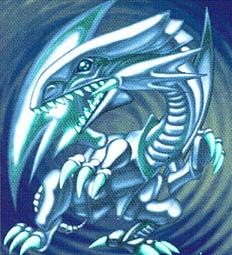 While editting my signature I realized I hadn't yet ported over my Chromium deck from salvation. Anyway so I started playing magic about Apocalypse era when I was real young and Chromium happened to be my favorite card. I was 10, he is a cool looking dragon. Enough said. I stopped playing for a while (as I was horrible) and picked the game up again around shards block. Once I heard about EDH, I immediately decided to make a deck. How could I pick anything else but the cute beasty that brought up so much nostalgia? Time has passed but my nostalgia has not. This is the deck I bust out when I want to flex on those younglings all bright and cheery. When cards had actual downsides like paying UWB every upkeep for our 7/7 fliers. When Elder Dragons had sick art burning down a castle not just standing around all herp-de-derp. Every time I have to explain Rampage 2 it brings joy to my heart.


Here's the most recent decklist. I maybe I'll type it out later.
https://aetherhub.com/Deck/chromium/Gallery

The goal is to abuse the hell out of Master Transmuter and other artifact stuff. Control the game. Once everyone starts running out of gas, you windmill slam Chromium and throw a couple of swords on her. My favorite memory of this deck is having my opponent cast Teferi, Mage of Zhalfir and Knowledge Pool. Once they resolved he looked at us and said "Concede. You can't cast spells anymore." I looked him in the eyes, pointed at Chromium|11613 and said "I have Chromium, I'm just going to attack you until you lose and I can cast spells again." He glanced at Chromium, glanced at his hand and immediately conceded.

The deck hasn't aged extremely well with all the rampant powercreep but it isn't a huge pushover either.