SET
Dominaria Under Attack
BY
Magicthundr 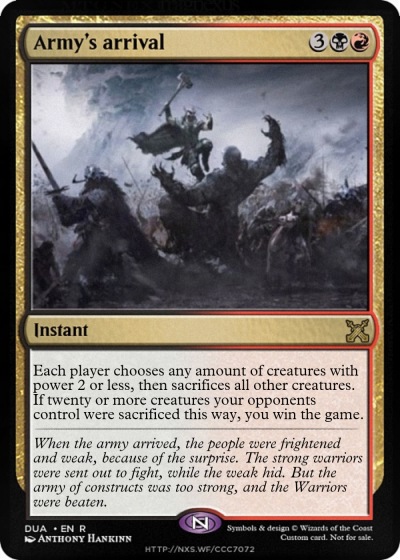 Each player chooses any amount of creatures with power 2 or less, then sacrifices all other creatures. If twenty or more creatures your opponents control were sacrificed this way, you win the game.

When the army arrived, the people were frightened and weak, because of the surprise. The strong warriors were sent out to fight, while the weak hid. But the army of constructs was too strong, and the Warriors were beaten.