SET
Gates of Oblivion
BY
Tman2016 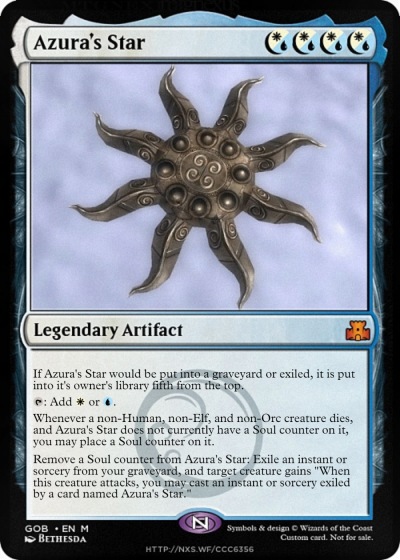 If Azura's Star would be put into a graveyard or exiled, it is put into it's owner's library fifth from the top.