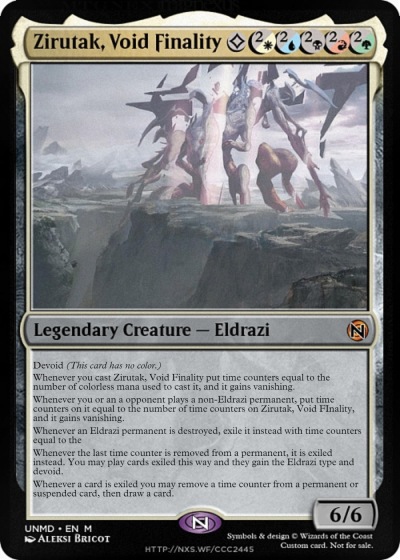 Devoid (This card has no color.)

Whenever you cast Zirutak, Void Finality put time counters equal to the number of colorless mana used to cast it, and it gains vanishing.

Whenever an Eldrazi permanent is destroyed, exile it instead with time counters equal to the

Whenever the last time counter is removed from a permanent, it is exiled instead. You may play cards exiled this way and they gain the Eldrazi type and devoid.

Whenever a card is exiled you may remove a time counter from a permanent or suspended card, then draw a card.