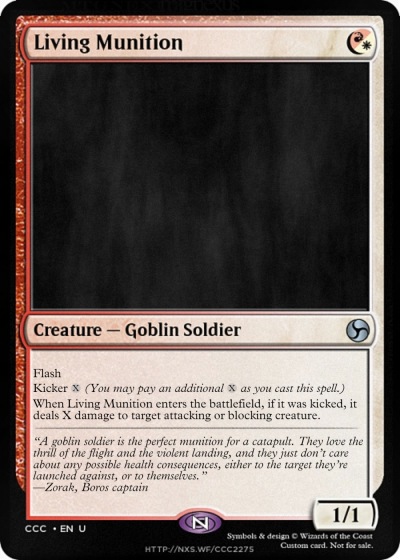 Kicker {X} (You may pay an additional {X} as you cast this spell.)

When Living Munition enters the battlefield, if it was kicked, it deals X damage to target attacking or blocking creature.

“A goblin soldier is the perfect munition for a catapult. They love the thrill of the flight and the violent landing, and they just don’t care about any possible health consequences, either to the target they’re launched against, or to themselves.”