End of the War 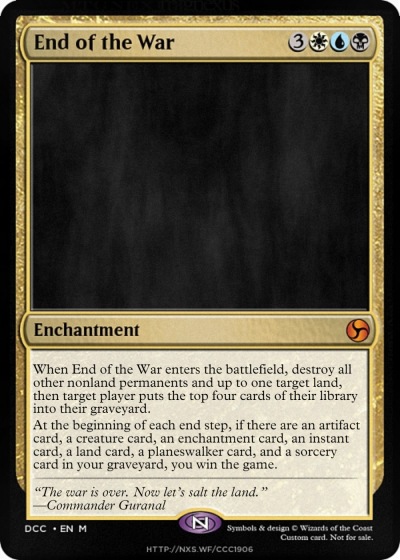 End of the War
Enchantment

When End of the War enters the battlefield, destroy all other nonland permanents and up to one target land, then target player puts the top four cards of their library into their graveyard.

At the beginning of each end step, if there are an artifact card, a creature card, an enchantment card, an instant card, a land card, a planeswalker card, and a sorcery card in your graveyard, you win the game.

By Nick Lambert, and Rumpy