Sudoku:
A puzzle in which the player must insert the numbers one through nine into a grid consisting of nine squares subdivided into a further nine smaller squares in such a way that every number appears exactly once in each horizontal line, vertical line, and square.

If you're reading this, you're obviously a fan of Magic. If you happen to also like Sudokus, either as a big fan or occasional puzzle taker, then this is the perfect puzzle for you!

Below is a Sudoku Puzzle with an interesting Magic twist. As with a normal Sudoku, the numbers 1 through 9 are each represented exactly once in every row, column, and 3x3 box. The added twist is where these numbers come from: they are taken from 40 specific creature cards from throughout Magic's history. Not only do you need to complete the Sudoku puzzle, but you need to figure out the corresponding creatures.

Hints are at the bottom of the article, below the puzzle. 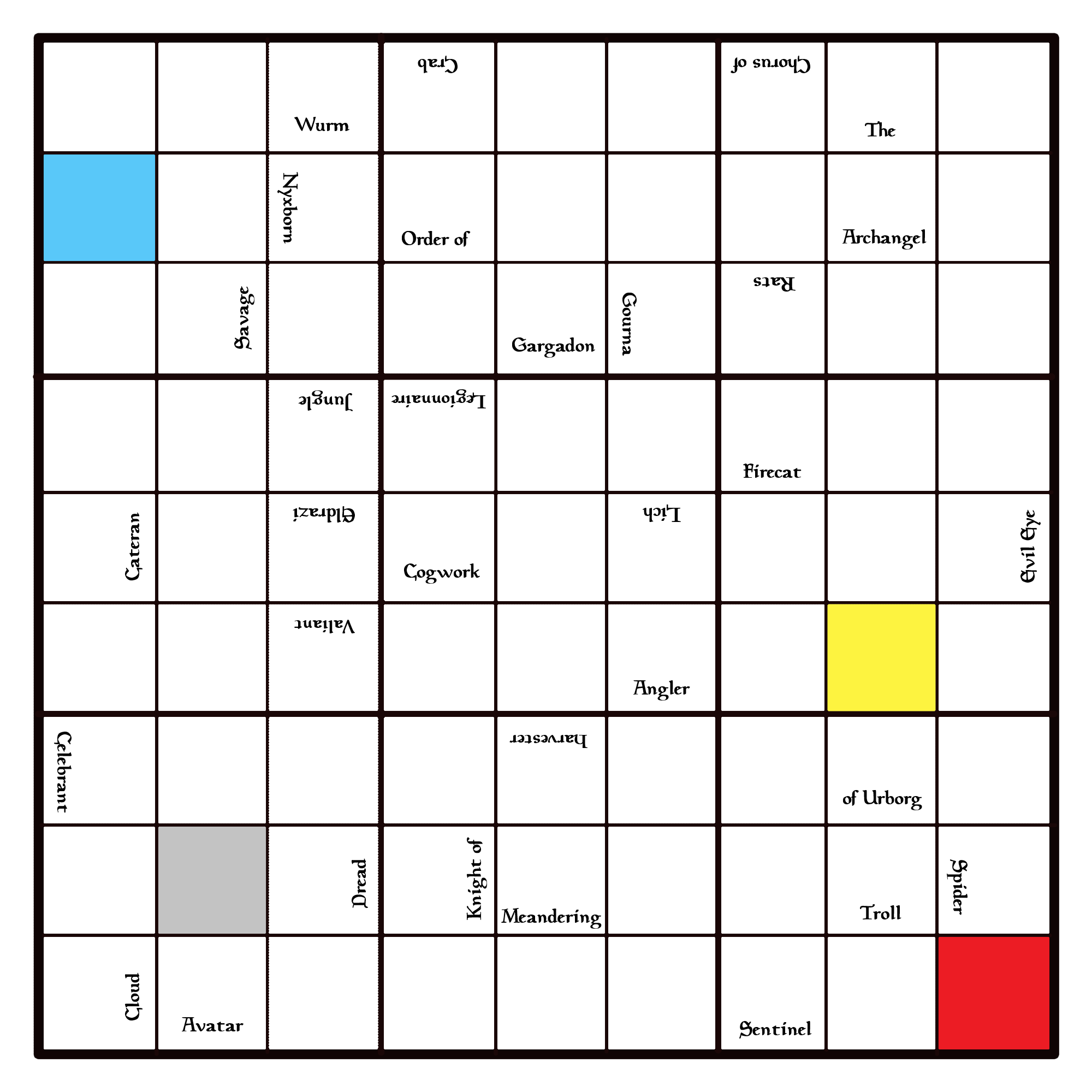 (Download PDF to Print)
Hint #1
Show
What numbers can you find on every creature card? Figure this out, and you should figure out the correlation between the creature cards and the Sudoku blocks.
Hint #2
Show
There are 40 creature cards spread across 81 different numbers — one of them takes up three boxes!
Hint #3
Show
Start with "Meandering" in the middle of the second row from the bottom. Meandering Towershell is a 5/9, so put "5" in the "Meandering" box, and fill in "9" and "Towershell" in the next box to the right.
Comments